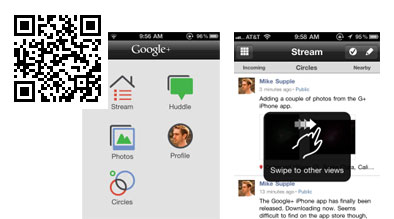 After being held in limbo for a couple of weeks by Apple, the Google+ iPhone App has been officially released to the public. For some reason the app is difficult to find in the Apple Store (maybe it’s that pesky “+” symbol) so if you want to try it and are having problems, just scan the QR code to the right with your iPhone, and it will take you directly to the download.

My biggest gripe with Google+ had been the difficulty for iPhone users to share photos. Yes, there are workarounds like downloading 3rd party apps that linked with Picasa, but this is definitely beyond the level of work most users will want to bother doing to upload a simple photo. Fortunately the app addresses this issue, and quite well I might add.

Here are the main features in the app:

I’m just getting my hands on the app for the first time, so I haven’t formed too many opinions yet. However, here are some first quick thoughts:

There do seem to be a few issues with the app, as Google has already released an update (less than an hour after the app was released) and it crashes now and then, but hopefully they will be able to address these growing pains quickly.

Have you tested the iPhone app yet? What are your thoughts? Let us know in the messages below! 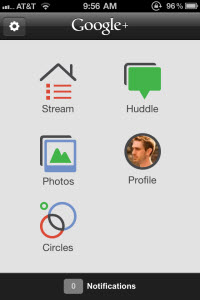 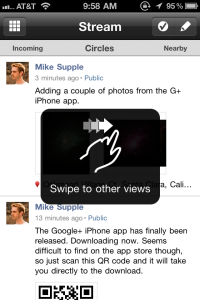 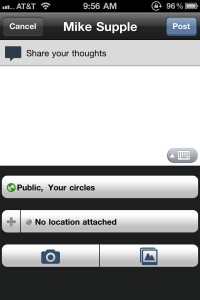 Hi Lisa – good question, and at the moment I’m wondering the same thing. Let us know if you find the answer!
-Mike 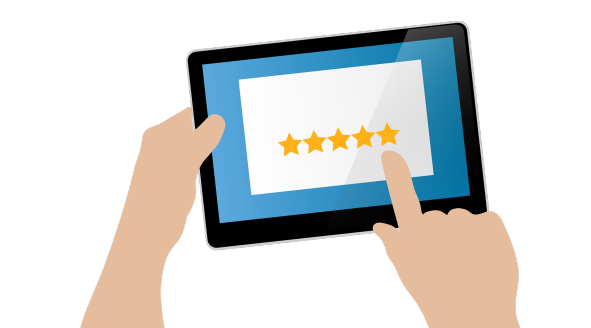 Why it’s crucial for businesses to respond to reviews