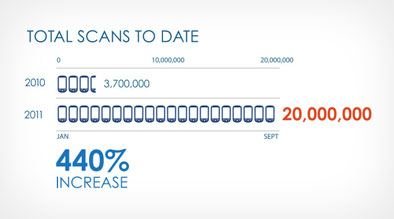 It’s been a busy year in the realm of real-world to digital mobile technology. According to ScanLife’s recently released Mobile Barcode Trend Report, 2011 saw a 440% year-over-year increase in the number of QR Codes scanned. This is due to several factors, including the exponential growth of smart phones sold, adoption of QR codes by businesses, and most importantly the increased awareness of Quick Response codes by consumers. Finding a QR code online, in-store, or on print publications has gone from a rare occurrence to a daily certainty.

As quickly as it roared in, QR codes already have a competitor: 2011 also saw the first wide-scale adoption of Near Field Communication technology, commonly known as NFC. Smart phone manufacturers introduced numerous NFC-equipped devices during 2011, with over 40% of smart phone models in 2012 planned to include the technology. With this large increase in the manufacturing of NFC equipment and the continued burgeoning growth of web-enabled mobile devices, it is easy to see that this too could become a commonly-used technology very soon. The major hurdle that NFC technology has to clear is the fact that QR codes have a very low entry cost for businesses and brands, while NFC requires significant investment in devices to carry chips, read the chips, and software to program the chips.

Some larger companies have already expressed interest in the future of NFC. Evidence of this theory can be found in the fact that Google, the world’s largest technology company, already has switched from using QR codes with its Google Places platform, instead opting for what it calls “proximity-enabled information tracking.”1 Considering Google now has the majority of its 2012 Android devices featuring NFC chips, one can only assuming they are referring to Near Field Communication in their reasoning to move away from QR codes.

The good news is that NFC has the potential to consolidate things like car keys, mass transit passes, home climate control, business cards, loyalty cards, coupons, and many other items all onto one digital device.  For hotel chains such as Clarion, which has already begun an NFC pilot program, their studies have found that hotel guests enjoy, and in most cases prefer, to have “NFC room keys.”2 Replacing physical room keycards with a digital key on a smart phone not only allows the convenience of not having to worry about forgetting one more thing on your way out the door, but also the ability to check-in, check-out, and purchase add-on services, among other things, from your phone.

The Potential of NFC for Hotels

In the short of it, NFC has the ability to do what QR Codes could not: multi-task. And without having to make the effort of snapping a photo, NFC’s much more passive connectivity allows for a smaller learning curve. Who knows, within the next 5 years the hospitality industry may have all of its front desk services, package deals, and on-site access all on your mobile phone. 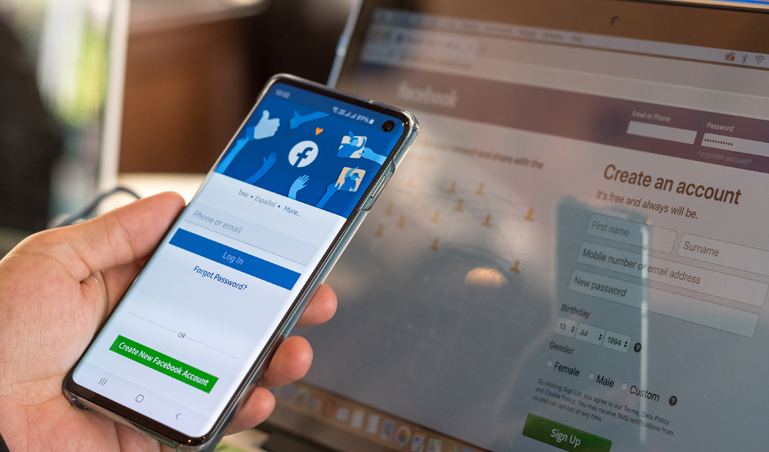